My Unit 2 Elective is called AI 9-5. This project is operated with Microsoft Cambridge. My Team mate is Matt and at the beginning we did some interviews with the people who’s major in AI. Then we got the idea of how to make an art installation and researches about AI organism and robotic technologies.

We did several interviews at paddington station, London. According to the interview, we found that many black drivers are getting hard to get customers nowadays. This is because many more drivers would like use APP such as Uber and Viavan. However, black drivers are not allowed to use those APPs. Then we decided to find an AI way for helping them. Some drivers thought that many customers are less willing to make payment slowly. The first idea we got is to make some AI programs relative to AI transaction system. And the second idea we got is to make a coding about memory machine, which will allow AI to detect the driver’s emotions.

Then in the midterm of this project, Matt and I decided to make some rendering some installation setting previews in 3D softwares. 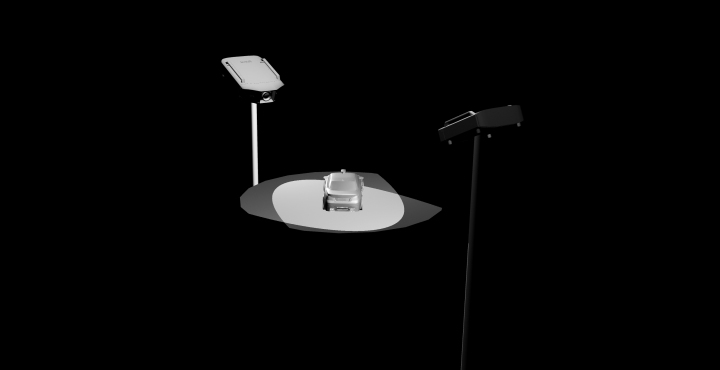 At the final show, we decided to make a projection mapping with face detection by Python. We found some open sourced codings at Github and we did some special designs with light and texture effects in MadMapper. The video showed the processes of our installation.